LN Webworks is a reputed Drupal development company that is renowned for its commitment and proficiency in various Drupal services. Our array of Drupal solutions are professionally designed helping our clients improve the quality of their interactions, sales conversions and sales. We assist businesses fix their business models, which meet the diverse needs of business.

Drupal 9 has several improved security features and uses the latest PHP version too. The webmaster can also create newer experiences through integration with JavaScript frameworks. It offers cutting-edge themes and modules and we have integrated various custom projects according to clients requirements. The latest version comes with better accessibility with a new front-end theme Olivero. Drupal 9 is the way forward that the Drupal community has committed to bring stable and easier major releases. 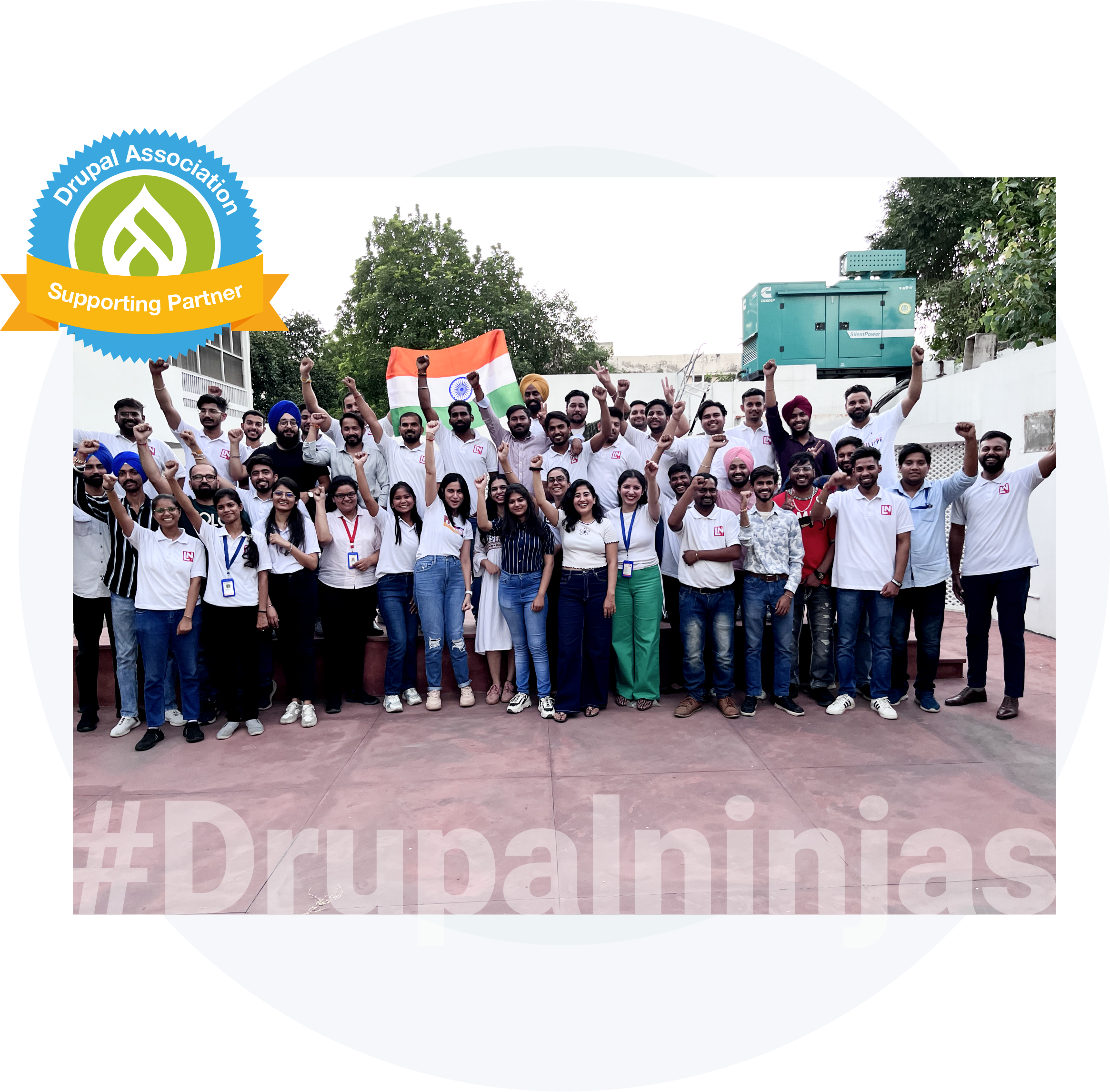 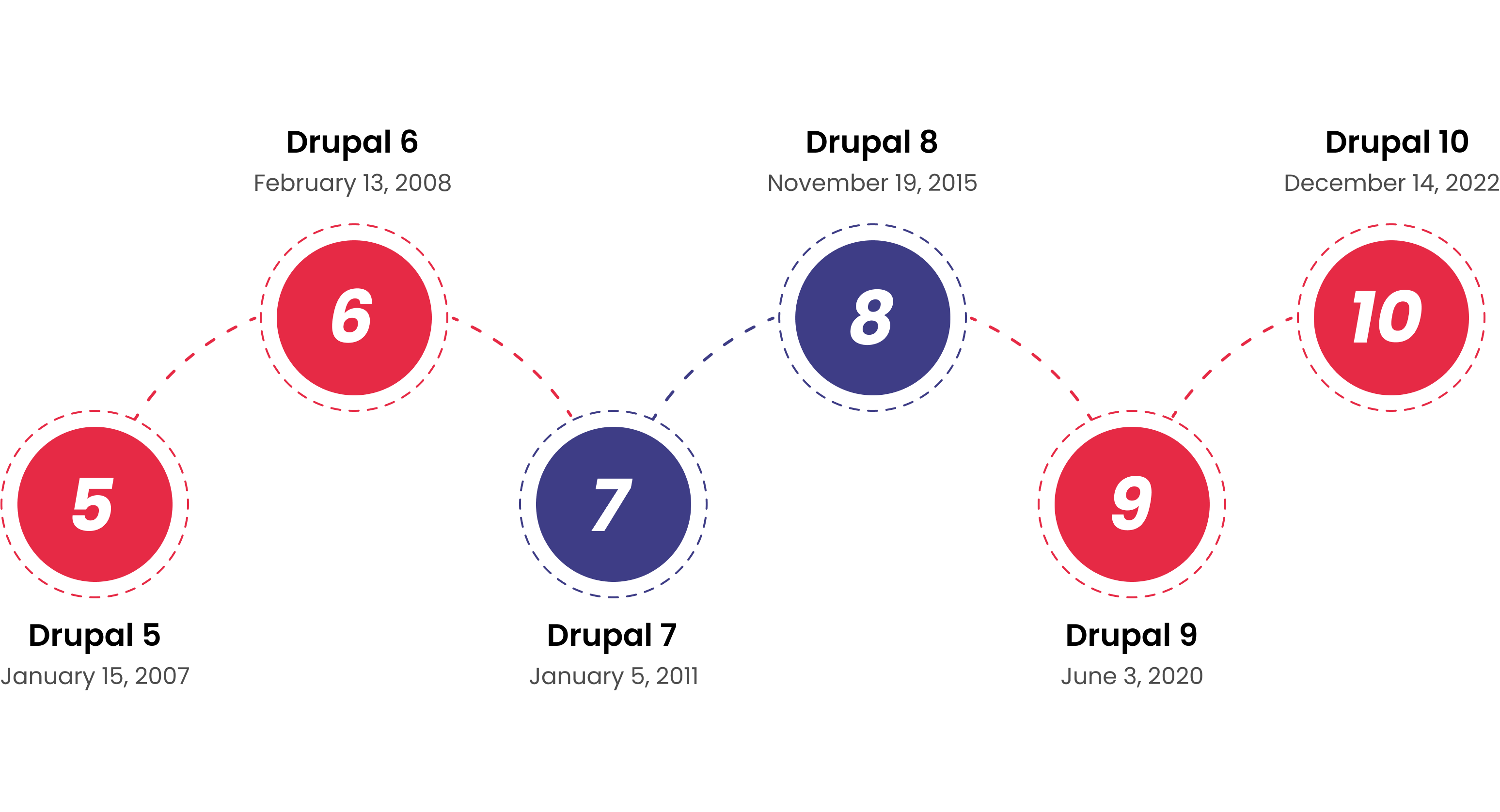 Drupal 9 delivers powerful new features and an enhanced user experience. These features empower Drupal’s vision for the next generation of the web.

Drupal 9’s core code is similar to Drupal 8.9 except deprecated parts and third-party dependencies. Since you don’t have to remove any code from the core, the upgrade from Drupal 8 to 9 would be a seamless process.

For custom Drupal websites, tools like Drupal Check and Rector are available for checking deprecated codes. Developers can also use an integrated development environment to manage the deprecations.

Drupal 9 will change third-party APIs used in Drupal 8. So, it will affect Drupal’s backward compatibility with third-party software tools. This will also impact Drupal websites in terms of development. 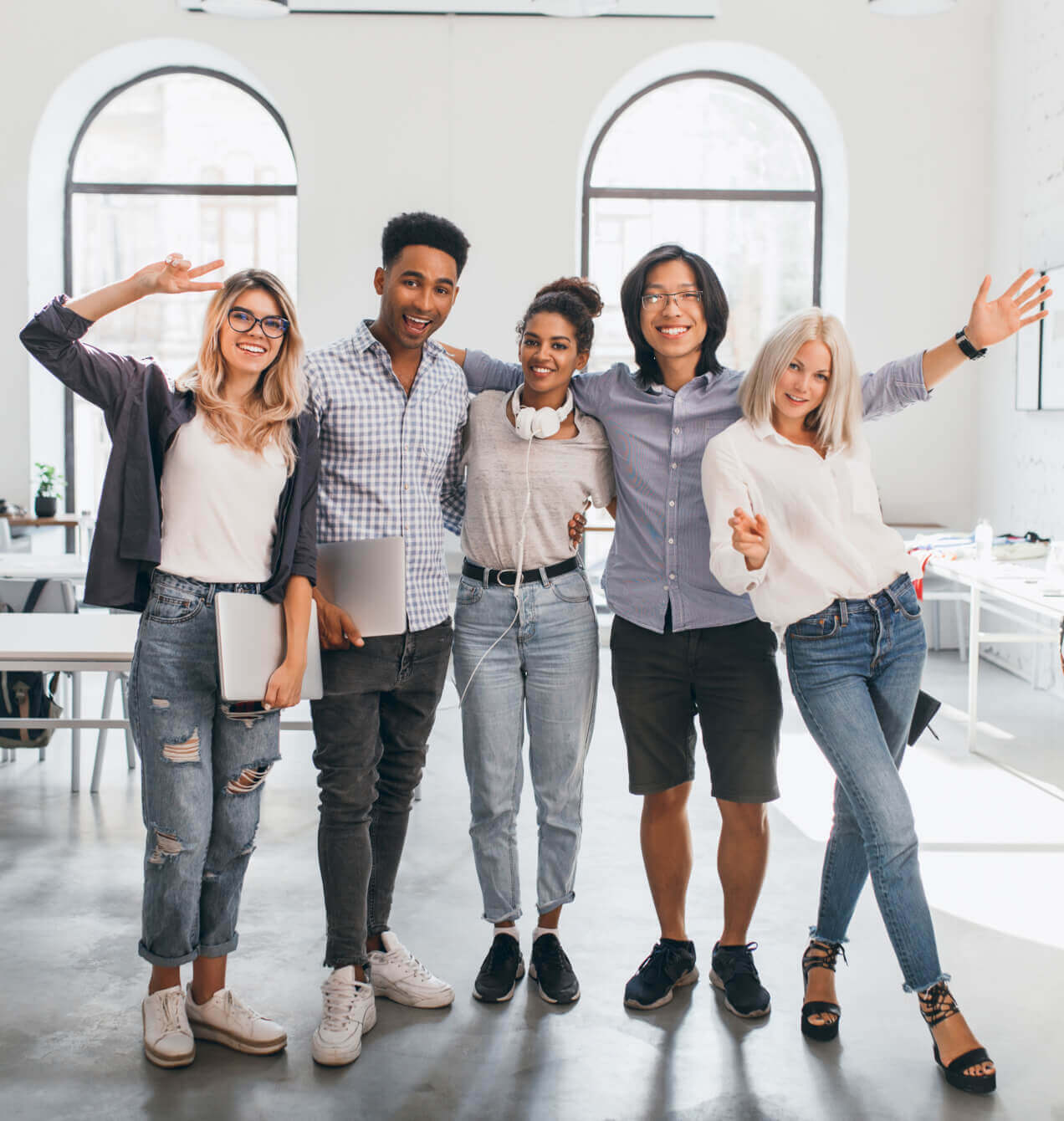 Utilizing agile methodologies and digital strategy experience and always keeping the clients as an active participant.

Complete project report from the beginning in development. Utilizing all leading trends.

Dedicated accounts and managers for projects, on-time delivery and flexible communication channels are benchmark of service for customer satisfaction.

Digital experiences that are secure and scalable. We've delivered a variety of Drupal projects to our clients.

Our Range of Drupal 9 Development Services

We have expertise in all Drupal versions migration. We provide continuous transfer of data. Databases are converted to Drupal 9.

From payment gateways and CRM-related integrations. Our team of developers can assist with any integration of third-party platforms that meets your needs.

If you're a Drupal 7 user, you should consider an upgrade / migration now. Drupal 7 to 9 migration can be challenging, so don't leave it until the last minute.

If you’re looking to upgrade /migrate your website from Drupal 7 to Drupal 8/9, you can count on our Drupal migration expertise and experience. 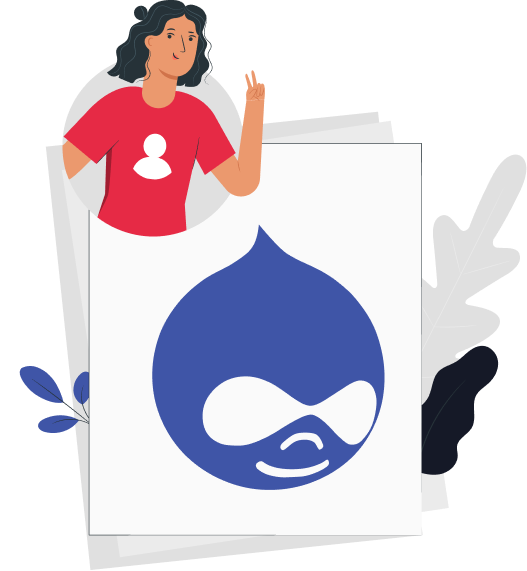 If you're a Drupal 8 user, you should upgrade your site as soon as possible because it is likely to develop security vulnerabilities as a result of the software no longer being updated.

If you’re looking to migrate your website from Drupal 8 to Drupal 9, you can count on our Drupal migration expertise and experience. 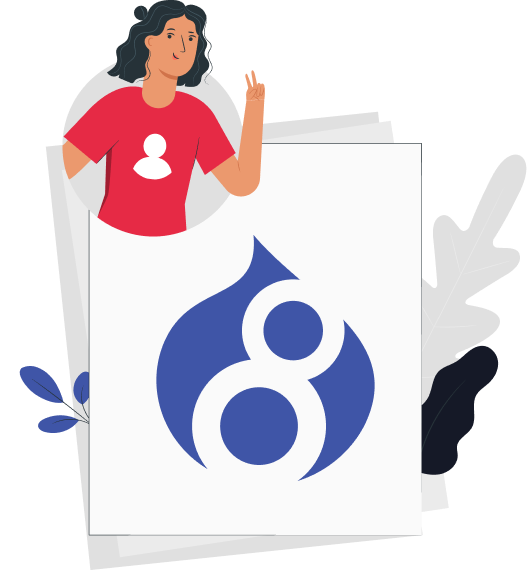 If you are new to Drupal, you can choose the latest version of the Drupal 9. As The finalized release date for Drupal 10 is December 14, 2022. The switch to Drupal 10 from Drupal 9 will be smoother because of fewer minor versions and faster iterations.

Having worked with a range of Drupal sites for nearly a decade, we can assist you with this. 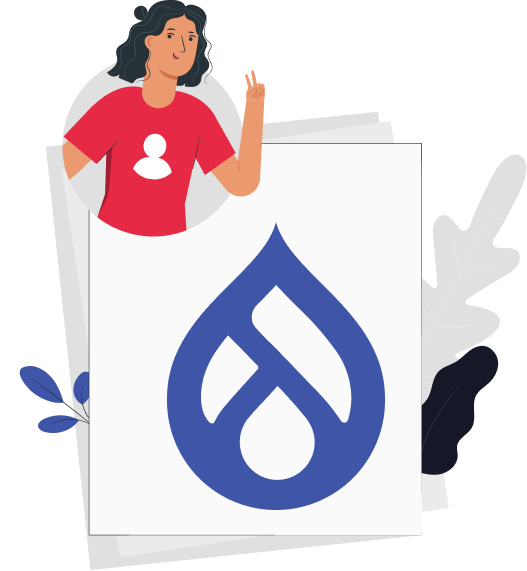 Why To choose LN for Drupal 9

Our expertise in Drupal design, development Migration, Theming, and a variety of other aspects along with UI/UX design makes us a one-stop Drupal website development company. We'll work with you to transform your ideas into engaging digital experiences

We are expert in developing responsive websites that provide a seamless browsing experience to the users.

We create robust Drupal websites that adjust effortlessly with the rising business demands.

We built, design and deploy high traffic websites on Drupal. We know how to scale up your website for maximum traffic.

We have team with expertise in UI/UX design, front-end implementation and Drupal Development.

No matter if you're seeking an extensive, complete Drupal solution or a custom-fit solution, our Drupal services will provide you with high-quality results while keeping to your budget.

What Our Clients Say About Us

Our Drupal Work That Excites Us 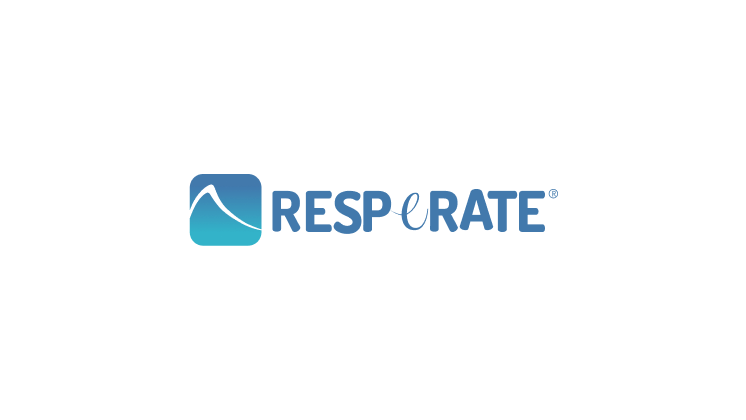 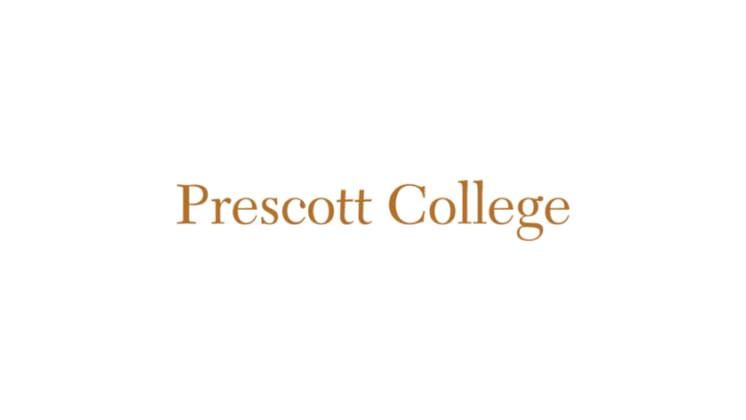 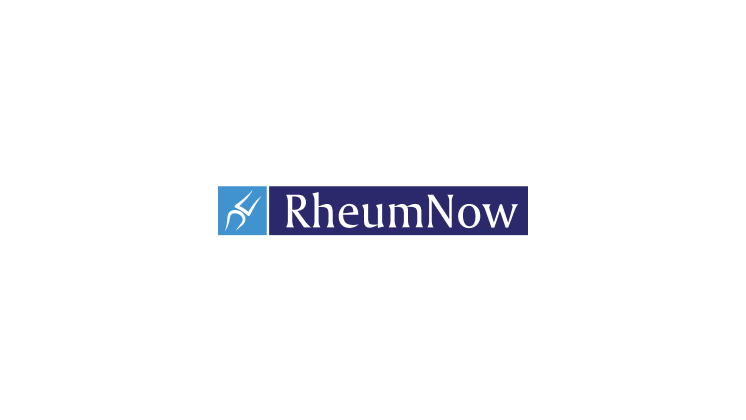 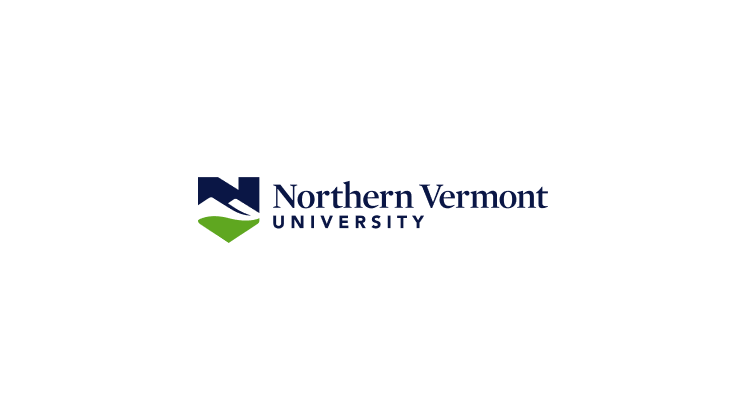 Drupal 9 has become an engine for innovation that has seen the most simple upgrade ever recorded in Drupal. In reality, Drupal 9 shares the identical features that were introduced in Drupal 8.9.

Therefore Drupal 9.0 does not come with the latest features. Yet, Drupal 9.1 will continue to be updated biannually (within each six-month period) in the hope of keeping businesses up-to-date.

One of the major motives behind the upgrade of Drupal 9 is security enhancements . Drupal has always proven itself as a safe and secure choice , and the introduction of Drupal 9 guarantees that Drupal is safe and in line with modern requirements for systems.

In actuality, Drupal 9 discards deprecated data code, meaning that the system will operate with a smaller codebase and thereby improving security standards while minimizing the risk of security issues or mistakes.

As mentioned earlier, Drupal 9 heavily relies heavily on Symfony 4 which has an expiration date of November 2023. In the meantime, security issues that exist in Symfony 4 are not possible to fix. Therefore, everyone using Drupal 9 will have to upgrade to Drupal 10 by the end of 2023.

Ready to get started?